
Back to Case Studies 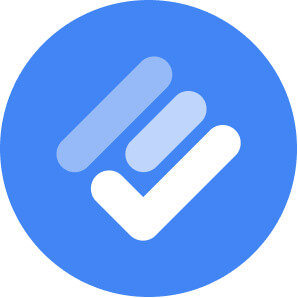 Founded in 1965, Saint Ann's is an independent, non-sectarian day school in Brooklyn Heights, New York serving students from preschool through 12th grade. Named the number one private school in the United States in 2004 by the Wall Street Journal, Saint Ann's emphasizes individualized education through a deep, flexible and rigorous curriculum with particular attention paid to the Arts. The school's 300 faculty and staff engage with 1,100 students across 7 buildings nurturing intellectual adventure, with the marked absence of grading, to foster deep satisfaction in learning for its own sake. Over 40% of the school's graduates enroll in America's top Ivy League universities.

The Challenge of Coordinating Work Across Groups

In 2011 JP Connolly, a Science Teacher who became Saint Ann's Director of Technology, prepared to embark on a major capital project for the school - completely overhauling the campus infrastructure with all new cabling, servers, telephony and wireless access systems. While previously Technology projects and day-to-day tasks were tracked via spreadsheets, Google Docs, Post-It notes and office boards, Connolly recognized that before his department could start such a large, important project they would first need to ensure they could work together as a team, ensure no details would get overlooked, and collaborate easily with other departments. "We needed a system where we could collaborate on things easily and all answer the question, 'What am I supposed to be doing next?'" recalled Connolly.

Saint Ann's had migrated to Google Apps several years prior, so Connolly naturally searched for a tool that integrated with Apps and lived in the cloud. A product capable of working across platforms was a strict requirement for Connolly, having staff on Linux and Apple machines, carrying Android and iOS devices - and the system had to fit within his non-profit-sized budget. After testing a variety of tools, he found most were encumbered by unnecessary features, overly complicated or just plain awkward to use. "When I came to GQueues, the fact that it was really deeply integrated with our primary platform, Google Apps, was a big plus," Connolly stated. "GQueues is deceiving in its simplicity. It's very approachable - aesthetically very clean, simple and visually straightforward. Yet the powerful functionality built-in makes it an ideal tool for managing a wide range of projects and work."

Connolly chose GQueues with its two-way syncing with Google Calendar as the way to manage all the collaborative work required for Saint Ann's network overhaul project. GQueues allowed him to seamlessly coordinate work between his IT staff, the Facilities team, and an array of outside contractors - a feat that was considerably more difficult before implementing GQueues. Collaborative queues were set up between IT and Facilities where all tasks were entered, prioritized, assigned due dates and delegated to specific individuals. Smart Queues filtered tasks that required outside help, which were then emailed directly to outside contractors providing a clear list of work without the vendor having to adopt a new system. "It was very easy to bring everyone onto the same page," noted Connolly. GQueues' integration with Google Calendar allowed them to manage prerequisites and deadlines for every aspect of the project, from core drilling in the building's 100-year old walls to pulling cable and installing network switches. "With the Google Calendar integration I could visually see the tasks I had set in GQueues and adjust them as the project progressed." In addition, having GQueues accessible at all times on their phones was extremely useful for this project in particular, where most work was not performed at a desk in the office.

"With the Google Calendar integration I could visually see the tasks I had set in GQueues and adjust them as the project progressed."
JP Connolly
Director of Technology

After successfully completing the network overhaul the Technology team decided to use GQueues to manage all of their day-to-day tasks and projects going forward, as its efficiency and simplicity allowed for coordination of workloads between team members. Taking advantage of GQueues' flexibility, they even adapted it to serve as their Help Desk system, not wanting to manage a separate full-blown ticketing service. Faculty and staff can now email requests to a special support address which is tied to a Google Group that notifies the Tech team, and automatically creates a task in the support queue using GQueues' email integration. Requests can be responded to via email and the corresponding task delegated to the appropriate person. The system is "unimpressively simple, but works incredibly well because of everything we can do in GQueues afterwards."

GQueues not only increased productivity for the Technology team, but it allowed them to better serve the entire Saint Ann's population, with faster response times and clearer communication. "Were it not for GQueues, I feel like I would be dropping balls left and right," Connolly reflected, citing the size of the community his team of four supports. "It relieves the anxiety of having to remember everything in a fast-paced environment."

Observing the productivity gains of the Technology team, it was not long before Facilities also adopted GQueues to manage everything from routine maintenance work with repeating tasks to building repairs and planning for long-term improvements. As technology improvements often require coordination with Facilities (for example, equipment upgrades in classrooms often require a combination of electrical work, low-voltage cabling and mounting brackets installations), with both teams using GQueues, cooperation on tasks became fluid and organic. "It's improved communication, improved efficiency, and it's improved the nature of the relationship between the teams," he reported. "It's added a level of transparency to the dynamic. We all know where things stand and we know we're relying on each other."

Hoping to achieve similar gains, other school administrative offices have adopted GQueues for managing various aspects of their routine work and events planning. When Connolly was asked to reflect on the impact GQueues has had on his work at Saint Ann's over the past 3 years he replied, "Without GQueues I would have twice the number of grey hairs and I would not be having any fun!"

Do more and de-stress, one task at a time